Things That Were Good About the 1950s. 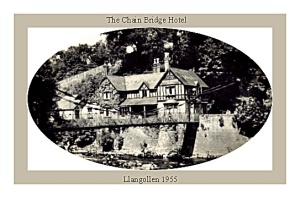 I grew up in the 1950s and 60s. People born much later than that have no idea what it was really like in those days and so I have decided to do a blog about it. Some older readers will understand what I have to say.

Nowadays we have lots of technology to make our lives easier, but it seems to me that life is more complicated now than it was when I was growing up. I think that many of the problems today stem from people’s inability to cope with an ever-changing world.

Now it could be said that my Grandmother’s generation saw more changes. She was born in the 19th century. There were no mod cons around. Lighting was by gas and transport was by horse-drawn vehicles. She died in 1965 when cars were quite common, vacuum cleaners helped to clean the house and detergents had been invented. Previously she had had to grate soap to do her washing and even the washing up. From having to walk most places, she saw the first artificial satellite put up in 1962 and the first transatlantic TV pictures. No wonder she was fit and slim all her life.

I seem to have digressed from my original theme.
Here are some things from the 1950s that I think were better than now. (Not in any particular order.)

 There were no empty shops in the high street.
 Road surfaces were smooth, as were the footpaths. (I don’t know if it was true, but it was said that if you tripped on a paving stone and it was raised more than the width of an old penny, then you could sue the council. This gives an idea as to how much better the footpaths were.)
 I used to go outside to play.
 Sweets were rationed and so they were a treat. A Mars bar was cut up into slices and shared with all the family. Yes, this was a ‘good’ thing. Less tooth decay, learning to share and less obesity.
 Food was what was in season.
 When we went out to play, it was in the woods and fields. We climbed trees, dammed streams and made dens. No one bothered us.
 There was no climate of fear for children playing and running wild.
 Not many people had televisions and so we learned to play musical instruments.
 We played games together like Monopoly, Ludo, Snakes and Ladders, Dominoes etc.
 We learned to put other people before ourselves.
 The 1950s were a time of optimism. The 2nd World War had recently finished and people were looking forward to a new world.
 There was little or no swearing on the street.
 There were policemen on the beat and they were respected.
 Schools were from 9 (or 8.50) until 4 o’clock, not until 3 o’clock. Only infant schools finished at 3.
 Exams were meaningful. We had to write essays, not just fill in blanks. (Structured questions!) Yes, exams have got easier over the years. I found an old  ‘O’-level paper some years ago that I had kept. 16-year-olds nowadays would not be able to do it.
I am sure I could find many more things if I were to continue, but I think this is long enough for now.

Please comment whether you agree or disagree. I would enjoy a lively debate on this subject.

OK. This last is still a bit ambiguous. I could have made up a better sentence.

I intend to have a much better schedule for my blogs. I will still try to post on a Tuesday as much as possible. And I may reblog some interesting ones on other days, but this is what my intentions are at the moment.
 The first Tuesday in the month will be a general blog of something that has caught my attention recently.
 The second Tuesday will be another episode of The Wolf Pack.
 The third Tuesday I’ll do a blog about words and grammar.
 The fourth Tuesday will be some more of my writing or some of someone else I enjoy.
 If there is a fifth, then I’ll take potluck and maybe do something general, or some more of my writing or something. Perhaps post a few pictures.

Keep on following the Dragon.