I am concerned at the possibility that the UK will vote to leave the EU on Thursday. While I acknowledge that there are things wrong with it, I really don’t think that in the world today it is sensible to decide to ‘go it alone.’
I believe this for the following reasons.

 The EU is the biggest free-trade group in the world. We are a very small country that thinks it’s a big one. Should we turn our backs on this huge market? Yes, we will still be able to trade with them, but it will be on their terms. We won’t have any say in things. We will still have to meet their requirements without any input into what those requirements are. Not a sensible thing, really when we can stay in and argue our case. 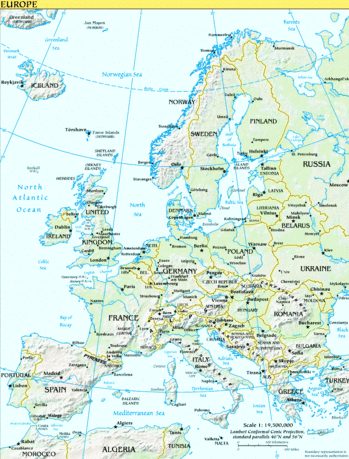  There have been luxury houses built in London. They were mainly being bought by the rich Chinese, I understand, but this market has slowed considerably since the referendum has been mooted. The rich foreigners are hanging back to see what happens. They see the UK as a way into the European market, that I have already said is a huge free trade area. If we pull out of the EU, they’ll pull out of the UK. Big international companies already hear will most probably pull out. I heard of one company, I forget which, that is already looking at the possibility of moving to France.

 Investment will go down. People and companies won’t want to invest in the UK without the access to the European market, so jobs will be at risk.

 The NHS is a big argument. The ‘leave’ people say we can invest the money we give to the EU into the NHS. Actually, I don’t believe that will happen. Some maybe, but it will be a drop in the ocean.

 We don’t have enough nurses, midwives and doctors now. Many come from overseas. People complain about that, but the NHS would collapse without them. It’s all very well saying ‘Train more’, but if people don’t want to go into those professions, then we can’t make them. I personally believe that part of the reason is the litigation culture that is building up in this country.

 Mark Carney, the Governor of the Bank of England is someone who should know what he’s talking about. He says that leaving is the biggest domestic risk to financial stability. When someone, even someone of his stature says something like this, the ‘Leave’ people just say. ‘Oh no it won’t,’ but have nothing to say to back up their argument.

 The TUC General Secretary says leaving would have ‘massive implications for jobs, rights and the very fabric of the UK. If you take that floor away, workers will be worse off.’ I’m sure she will have done her research before making that statement.
 One of the best brains in the country, Stephen Hawking, says that leaving the EU would be a disaster for Science.

 In the EU we have co-operation between many police forces and so criminals can be tracked over borders. Do we want to lose our criminals if they cross the channel, or do we want them brought to justice?

 If the vote is ‘Leave’, then the Scots will hold another independence referendum. I believe that this time they would vote for independence because the majority of Scots want to remain in the EU. The UK would then be split up. Would this then have a snowball effect and cause Wales and Northern Ireland to break away too? I don’t know, but it’s possible.

 The biggest argument of the ‘Leave’ campaigners is immigration. ‘Take back our borders’ they cry. Now, I think that we do have to limit immigration. The number of people in this country is getting too great, but I don’t think that leaving the EU would make much difference.

 I was born in England. My ancestors as far as I can trace were all born in England or Wales. Yet when I return from a foreign holiday I have to show my passport to re-enter my own country. This summer I crossed eight borders and the only time I had to show my passport was to return to the UK. We are not part of the Schengen agreement about free movement. Leaving the EU won’t stop people from trying to board lorries and get here illegally, nor will it stop people from trying to come legally. Anyway, we only seem to be concerned about those people from Eastern Europe, yet we employ them to do work in our homes because ‘they are cheaper and work harder.’ How’s that for hypocrisy?

 They (the immigrants) only come here for benefits people say. Not true. Most come here to work or study. (Did you know that anyone who stays here for more than a year is counted as an immigrant, even if they are only here for a few years to study?) Most of these people are young and so don’t use much of our NHS provision. A UK national is also more likely to apply for, and get, benefits than those who come in. Immigrants now have to work for 4 years, and pay into the system, tax and National Insurance, before they can claim any benefits, including child benefit. Child benefit for children living abroad has been stopped.

 0.1% of the EU migrants are claiming benefits or tax credits, while 22% of the working-age population is claiming, so they are a very small number. (calculated from Nomis, official labour market statistics)

 Over 3 million UK jobs are linked to trade with the EU. That’s one in every 10 jobs. (The Treasury)

 We save over £350 a year on lower prices in UK shops by being in the EU. (Centre for Economic Performance)

 This is my personal opinion. I haven’t got any statistics for it. I think, though, that food prices will rise if we leave. This is because the EU gives our farmers a subsidy of £2.4 billion. There is still a commonly held belief that farmers are all wealthy. Now I wouldn’t deny there are wealthy farmers. Of course there are, just as there are wealthy people in other walks of life, but the average farmer is struggling to remain in business even with the subsidy. (Dairy farmers barely get the cost of production, and a few years ago they were making a loss.) If farmers are forced out of business, then more of our food will have to come from abroad, thus putting up prices, and incidentally, due to increased mileage it has to travel, pollution.

 What about tourism? If we come out of the EU, there is a high likelihood that holidays abroad will be dearer. This is because of a forecast fall in the pound of 12%. This will increase flight costs as well as the cost of accommodation.

 We will lose t he EHIC card. This card ensures that travellers with it can access health care abroad. If it goes, people will have to take out their own insurance and if they are ill, pay up front and then claim the money back.

 The British economy stands to lose £4.1billion per year from loss of tourism from the EU. That’s a lot of money.

I advise people to think very carefully before voting. If we vote ‘out’ it will be final. The EU won’t want to have us back. Voting ‘out is a jump in the dark.