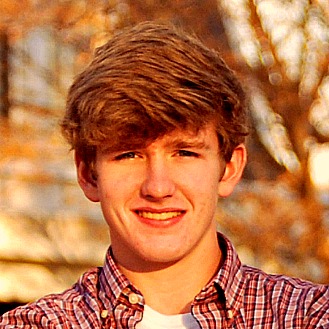 David Kummar is the author of a number of books, including the War of Enden series, which I have read and thoroughly enjoyed.

Welcome to my blog, David. I believe you have a new book out, called My Abigail. Please tell us something about it. 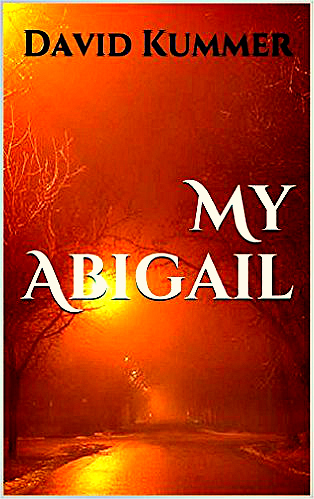 “She would always be my Abigail.”
It was always about Abigail, for me. The book is called My Abigail, the major plot twist has to do
with Abigail, and the character I was reduced to tears over was Abigail. Trust me, I cried
countless times writing this book.
So, why is the main character named Caleb? Let me explain this book.
Caleb is a teenager, who lives in a small rivertown. He isn’t the cool type of teenager. He’s
lonely, angry, moody, unhappy, and doesn’t really have any friends. Not one. So when he meets
Abigail, who is as kind as she is beautiful, the two mesh pretty well. After all, what choice did
Caleb have, unless he wanted his high schools years to -as the kids say- suck?
Around the same time, he meets Xavier, a nerd who he’s heard all about but never met. They
become friends as well. Then there’s Ayva, the little girl his mom babysits. She’s creepy… really
creepy… but nice enough. They get along, and for Caleb it’s like having the responsibility of
being a big brother.
Things turn dark, as things tend to do. Abigail has her secrets. Xavier isn’t who he says. Ayva
continues to act stranger and stranger. And Damian, the shadowy figure on the street who
haunts Caleb’s nights, threatens to reveal everything.
Never before has the saying “ignorance is bliss” been more true. Because when Caleb finds out
exactly what’s going on with Abigail, he wishes he never had. He wishes he had never met the
perfect girl turned monster.
What’s that secret? I can’t tell you that. I can assure you, however, that it’s something you’ve
not seen before and you won’t expect coming. Don’t take my word for it. The reviews on
Amazon say the same thing.
I could talk about lots of things in regard to this book, and I might in the future. I could talk about
the music I listened to, or the time it took me to write it, or the usual day and how typing fit into
my schedule. But I can talk about those later. What I want to let you know is what my purpose
was for this book, and how it became the most important book of mine.
First of all, I wanted to win an award and become a millionaire. Nah, I’m just kidding. That wasn’t
even on the plan, and probably never will be.
For me, this book wasn’t really about making money (haven’t done that) or shocking people out
of their socks (hopefully did that). It was about writing something worth reading, and something
unique.
This book is scary, sure. It’s definitely emotional, what most would call sad. But overall, my hope
is that it’s original. Because just like the title character, this book has its secrets. It has its dark
moments. It had its happy ones. And in the end, it has Abigail.

Thank you David. It certainly sounds a fascinating book.

If you have enjoyed this introduction to David’s book, please leave a comment below.

2 thoughts on “A Visit from David Kummar”