This month I have managed to prize an interview out of
Magister Robiam, the chief mage in the Mage Tower in 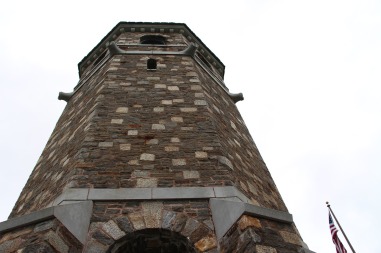 Me: Thank you very much for allowing me this time in what must be a very busy schedule.

Robiam: Not at all, my dear. We must keep the press happy. Magic is still not fully trusted you know.

Me: After the Mage War and the Forbidding I suppose you mean. Arch-Mage Yssalithisandra told me about that.

Robiam: Yes. I can’t understand why it is taking so long for people to realise that
magic isn’t evil. It’s just a tool, and the users can equally put it to good or bad use. Just as a knife can be used to cut up food for the preparation of a meal, and also to kill or injure someone. The knife isn’t evil, just the user.

Me: Quite. You are a magister, sir. Tell me what that means.

Robiam: It is the highest rank that a mage can reach. When an apprentice passes
his or her tests, they are welcomed into the ranks of mages and go by the title
of simply ‘Mage’. The first year of their ‘mageship’ if you wish to call it that, is a
probationary year. They cannot ‘fail’ this year though. It is mainly to let people know
that this person is very newly qualified. Thus, folk know that their experience is limited
and not expect too much of them. The probation can be extended or shortened.
depending on the mage in question.

Me: What happens after the probation is finished?

Robiam: The mage continues to be a simple mage until, or if, they reach a certain
standard when they will become an Arch-Mage. Many do not progress beyond
being a simple Mage of course.

Me: And to progress to Magister an Arch-Mage must reach another, much higher
standard?

Robiam: You’ve got it; but the level for Magister is extremly high and few manage
to make it.

Me: So there are only 3 ‘levels’ in the magic profession?

Robiam: Yes. Of course, once there were many more. Newly-qualified mages were
known as a Conjurors, then they would progress to Magicians, Sorcerors, Wizards etc.

Me: Why was this scrapped?

Robiam: It was too cumbersome, and mages are rather fond of their independence. They are free spirits, if you like. They do not like to be regimented, and so it was simplified.

Me: Why not do away with ranks completely then?

Robiam: It was suggested, but the Magister in charge of the Tower at the time thought
that the general public should have at least some idea of the power of the mage they
were dealing with, and so it was decided to retain 3 ranks. (Although if you consider it,
there are really 4, including the probationary mages.)

Me: Thank you for making that clear, Magister. I was wondering, however, ahout those
who fail their mage tests. What happens to them?

Robiam: Unfortunately there are always a few who have a little magic but insufficient to pass the tests. We do not turn them out into the world to create havoc, which they could easily do. We make them associates of the Tower and they become entertainers, keep shops selling magic items, become adventurers etc.

Me: Thank you very much, Magister for your time.

If you would like to know more about the magic on Vimar, the world in which Magister Robiam and the other people I’ve interviewed live, you can buy the first two books in the Wolves of Vimar Series, available from Amazon in ebook ot paperback formats. They are The Wolf Pack and The Never-Dying Man. Follow these links.

If you have read either or both of these books I would be most grateful if you would post a review, Reviews are important to authors because it is the main way that other people find their books. If you have done so, or are going to do so, Thank you very much.