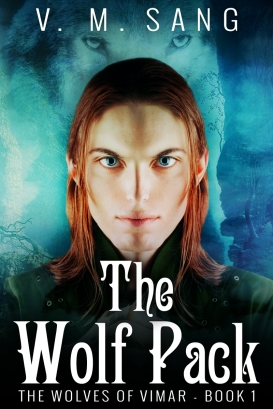 Starting tomorrow, November 29th and continuing until 5th December, you can get The Wolf Pack, Book 1 of The Wolves of Vimar series for only $0.99 or £0.99;
Don’t miss out on this exciting offer.

To end his apprenticeship and be admitted to the ranks of the mages is all Carthinal wants, so he is excited to travel from Bluehaven to Hambara, where the tests will take place. He did not expect to end up travelling far beyond Hambara on a quest to find the long lost sword of the legendary King Sauvern.

Along with three strangers he met on his journey, the beautiful but headstrong elven cleric, Asphodel, Fero, a dark foreigner from lands far to the south, and a fearless dwarf, Basalt, Carthinal reluctantly sets out on this seemingly impossible quest.

Followed by Randa, the snooty aristocratic daughter of the Duke of Hambara and a very young runaway thief, known as Thad, Carthinal has to decide whether to send them back or allow them to continue on this dangerous quest. There will certainly be fireworks as Randa will try to take over the leadership of the group.

Faced with wolf attacks and near death in the mountains, Carthinal and his friends have to accept help from the least likely sources and face their innermost fears.

But this is more than a simple adventure. The fate of a nation hangs in the balance.