There are some words that many people have trouble with. I know there are some that I need to think about, so I decided it might be a good idea to do a series of posts of some of these words.. I hope it helps you with your spelling.

Acquainted: It has a c and a qu.

A lot: not alot (It appears Alot is a town in India!)

Business: not busness (or even bisness.)

Ceiling: not celing, (or sealing, which is stopping hole.)

I hope this helps you. Look out for more next month.

Leave your comments in the comments box. All are welcome as long as they are polite!

via Why the English Language Makes No Sense

The strangest, in my opinion, are words ending in -ough.

No wonder foreigners have some difficulty with it, although (another one, similar to ‘though’, here) it seems they are able to manage quite well if the number of foreigners who speak the language extremely well is anything to go by.

I was in an Italian restaurant in Germany and was greatly amused to see the German waiter speaking to a French customer in English. This also happened when I was in Croatia. The Croatian receptionist spoke to a visitor, whom I think was Russian, in English. These strange inconsistencies seem not to faze them, even if they confuse some native speakers!

Today I’m going to discuss a few words that don’t form the plural by adding the letter ‘s’. These words come mainly from foreign ‘imports’, although a lot are very old. Some people are confused by these words and use the plural as a singular.
So here we go.

It is becoming more acceptable to hear ‘stadiums’, ‘syllabuses’ and ‘indexes’, although they grate on me, personally, but my least favourites are when I hear ‘criteria’, ‘bacteria’, ‘fungi’ and ‘phenomena’ used as singular nouns. Grrrrr!

Now for some that don’t change for the plural.

 sheep
 deer
 fish (although the word ‘fishes’ can be used if referring to a number of different types of the creatures. e.g. There was a great variety of fishes swimming around on the reef.)
 aircraft
 moose
 offspring
 species
 salmon
 trout

Now what about those that are completely different in the plural? Here we have the following:

I hope this has helped some of you, at least. I would like to know if there are any I’ve forgotten, or about any that personally grate on you when you hear them misused.

Today is a day when I address some things about our beautiful, interesting, but strange language.

The strangest, in my opinion, are words ending in -ough.

No wonder foreigners have some difficulty with it, although (another one, similar to ‘though’, here) it seems they are able to manage quite well if the number of foreigners who speak the language extremely well is anything to go by.

I was in an Italian restaurant in Germany and was greatly amused to see the German waiter speaking to a French customer in English. This also happened when I was in Croatia. The Croatian receptionist spoke to a visitor I think was Russian in English. These strange inconsistencies seem not to faze them, even if they confuse some native speakers!

I recently read a book in which the author made many mistakes in the word he chose to use. I won’t embarrass him by naming the book or author just in case he ever looks at this post. Suffice it to say that it isn’t the usual genre I read, being horror.

I actually found the storyline quite good and it read with pace, but here are some of the mistakes he made with words.

Traverse is a verb meaning to go across something, like, as in the story, a forest.
Transverse is an adjective meaning something that goes across something else. e.g. a diagonal line crossing a shape, or a piece of wood going across another to form a cross.

The author wrote ‘…the only way to transverse the property…’

Disperse means to scatter. E.g. The crowd dispersed in an orderly manner.
Dispense means to do without. E.g. As the weather was warmer, he dispensed with wearing a coat.

3. Soul: Sole
This one amused me greatly.
Soul is the spiritual part of a person that carries on after death.
Sole is the base of a shoe, or the only one.

The author wrote ‘…rubber boots, their souls encased in mud…’

Another amusing one.
Boarded means to get onto a ship, coach, aircraft, bus etc
Bordered means to go round the edge of something.

The author wrote ‘Two candles boarded a statue of the Buddha.’

Forth is to set off, go or depart.
Fourth is the one after third and before fifth.

The author wrote ‘He dumped the first three cards and was in the process of leading the forth.’

Hold is to have something in one’s hands.
Holed is to hide away.

The author wrote, ”We hold up in my grandfather’s hunting cabin.’

Site refers to a place. E.g. This is the site of the battle.
Sight refers to seeing.

The author wrote ‘He brought up the front site of the shotgun.

Crucifix is is the cross on which people were killed in Roman times.
Crucifixion is what happens on the cross.

Finally is an adverb. It means coming at the end.
Finale is a noun and it refers to the last act.

The author wrote, ‘The grand finally…’

The author wrote, ‘…wetting their appetite…’

Those were the main ones I noted down, as well as some common ones like were and where, choose and chose and the inevitable loose and lose.

Now I’m prepared to be generous and say some of these might, just might, be typos, but even in that case, it was poor. The manuscript should have been edited better.

So please, please, please, if you are a self-publishing author, or are thinking of self-publishing, get your manuscripts edited and all corrections made before going to press with it. At least read through it properly and get someone else (as many someone elses as you can, preferably) to do so as well if you can’t afford a professional editor. I’ve never heard anyone say they couldn’t finish a book because it had no errors, but I’ve heard many say the opposite.

Please tell me what you thought about this blog. I’m always pleased to hear what you think.

Here are some commonly misspelled words in English. 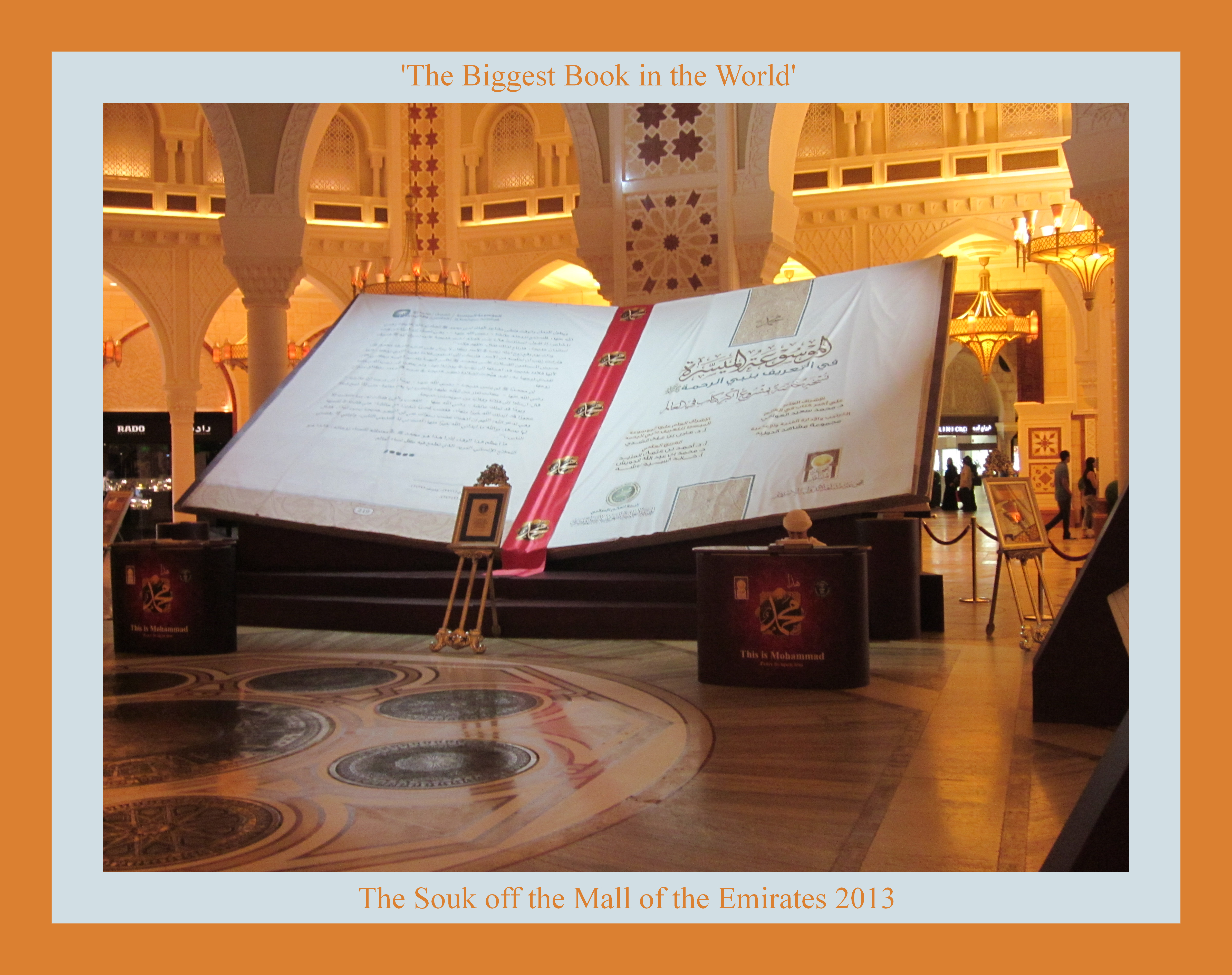 English is a very odd language as far as spelling is concerned. This is because it has words and roots from many other languages. There are still a few Celtic words, although not very many. Then the Romans came bringing Latin. 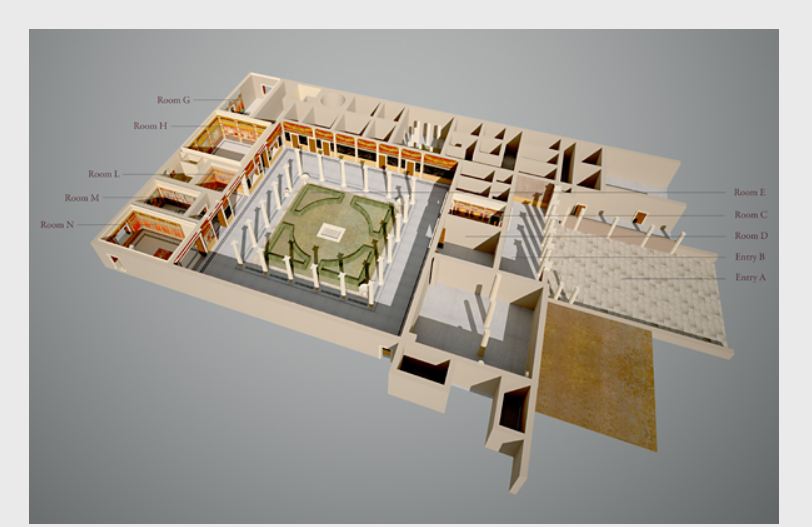 Latin was the language of scholars and it is only within living memory that it was a requirement to gain entry to Oxford and Cambridge Universities in England. The Roman Catholic Church used Latin in its services until comparatively recently, and many mottos are still in Latin. 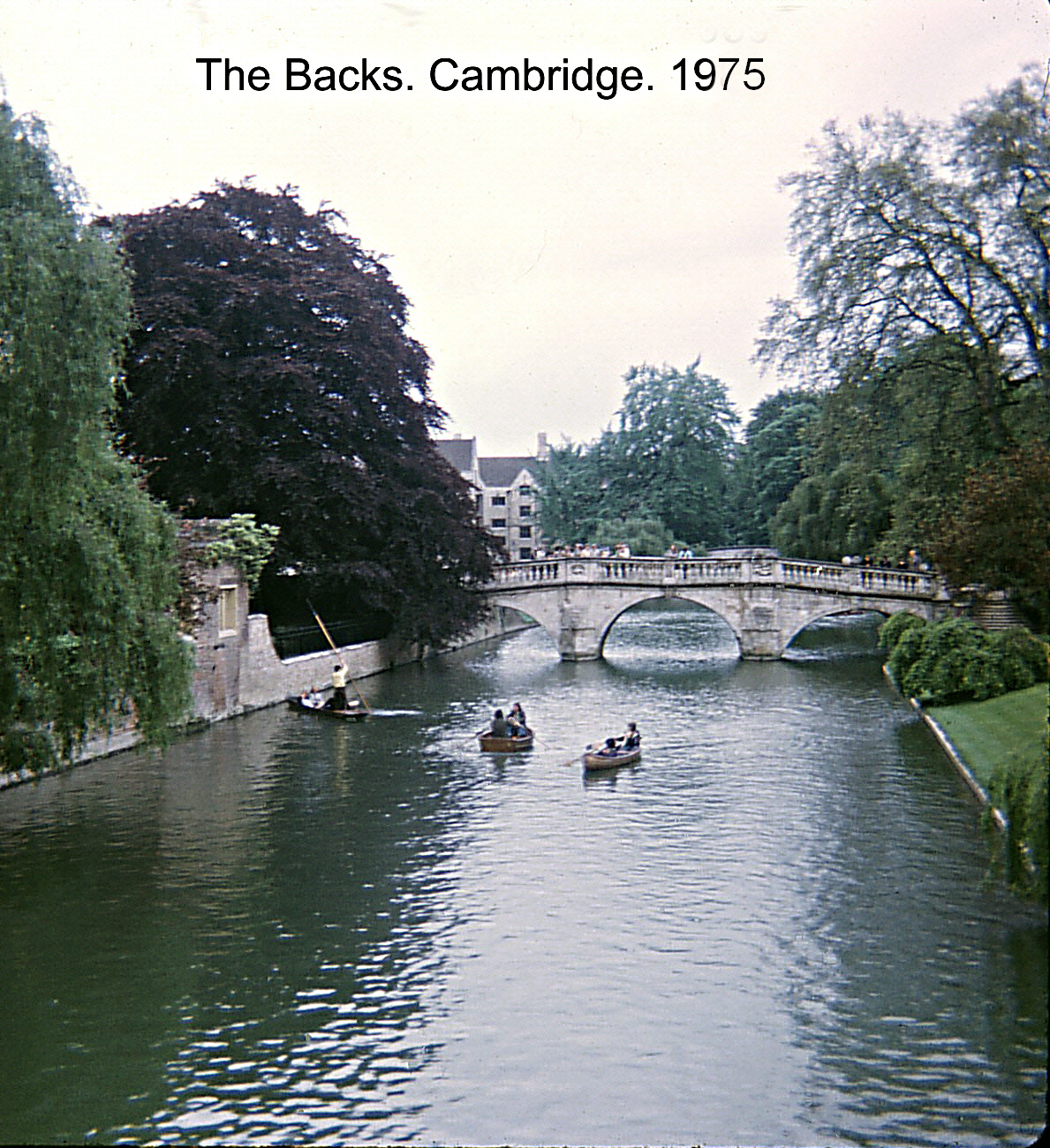 After the Romans left these isles, we were invaded by Scandinavian. These brought their own languages with them. Today, in Scotland in particular, there are many words similar, if not the same, as those in the Scandinavian languages. Dialect words often very old and date back to those languages.

There were also the Saxons. they brought Germanic languages to this country and we have many words that are very similar to the German equivalent. An example is Mutter, meaning Mother, and Haus, meaning House. 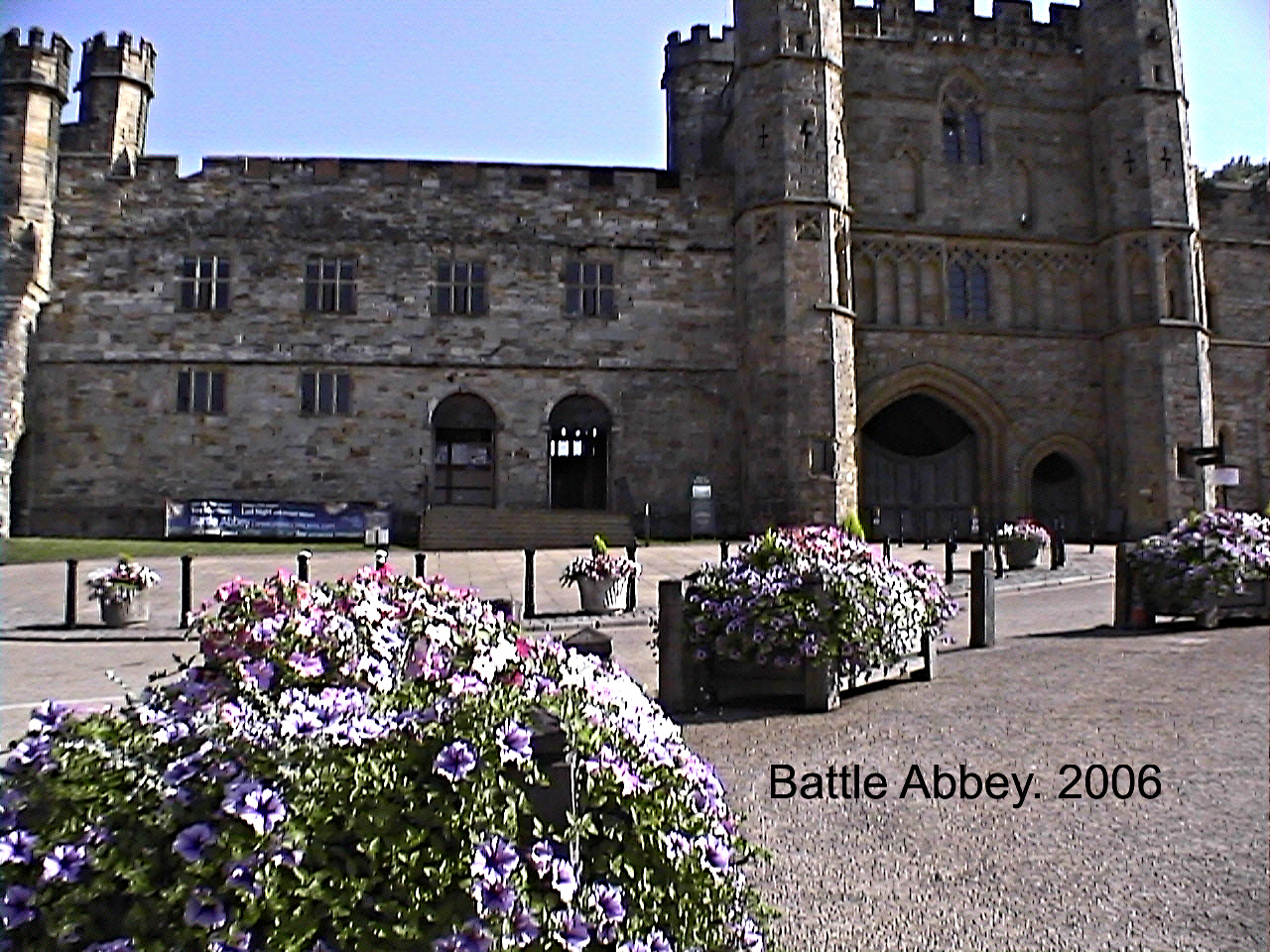 After the Saxons came the Normans. They were, incidentally the last people to successfully invade these isles. This was in 1066. They brought French. The Normans became the ruling classes and spoke French. The workers spoke Anglo-Saxon. This explains why we have differences in the names of food we eat and the animals it comes from.

The French for a bull is Boeuf from which comes Beef. But in the field it is called a Bull, cow or in the plural, cattle. 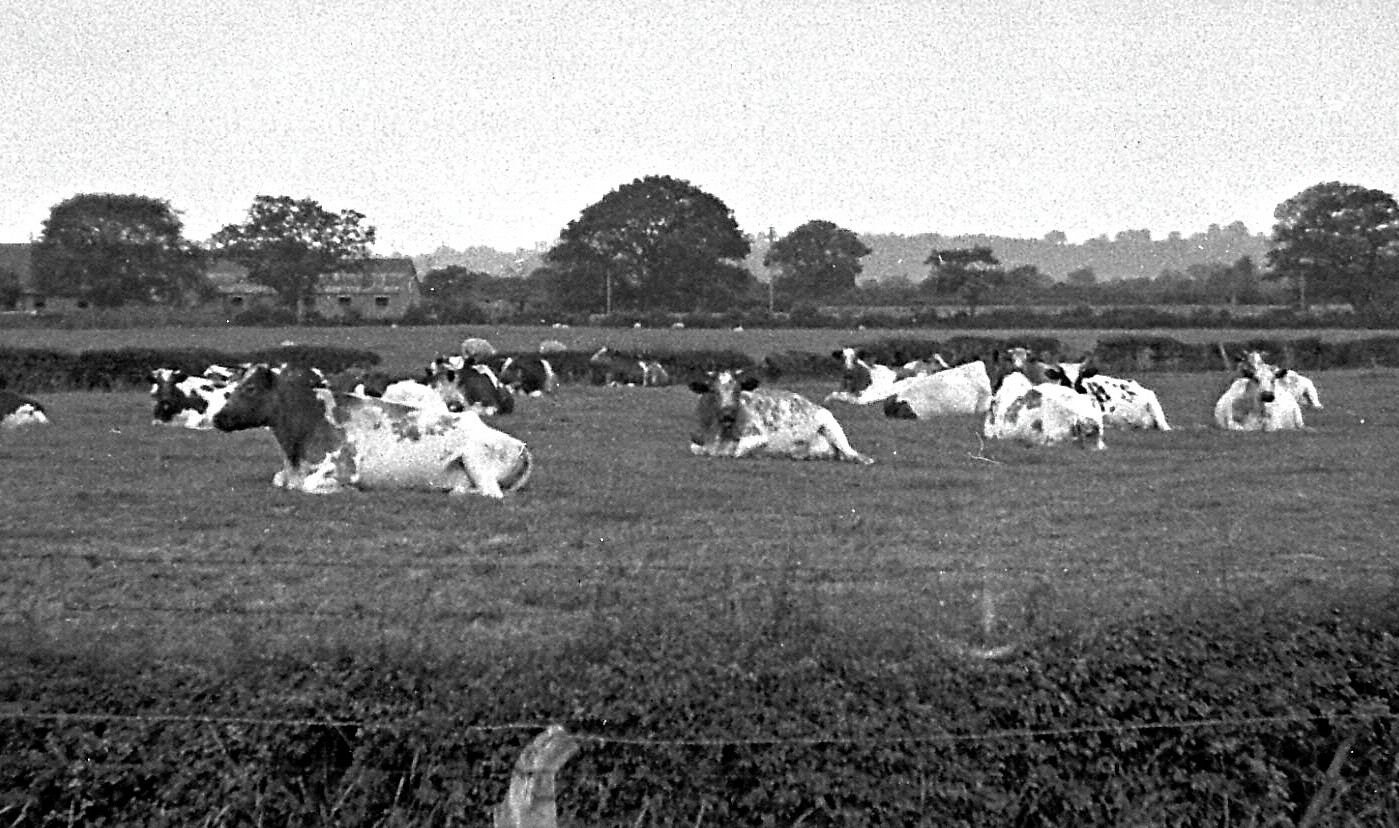 The French for a sheep is Mouton, from which comes Mutton, but in the field it’s still the old word, sheep.

The French for a calf is Veau from whence we get Veal. 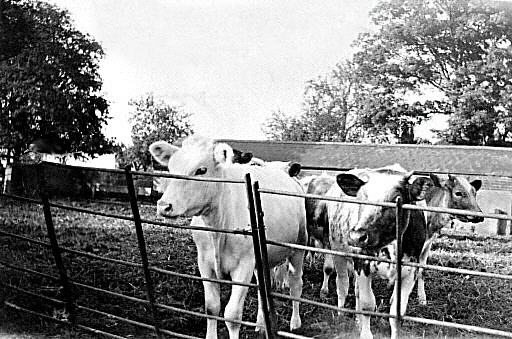 You get the picture.

Then Dutch engineers were brought in to drain what is now the Fens in East Anglia and they brought words with them. The British Empire was a source of words too, especially India.

So our language is something of a hotch-potch, hence the different spellings and pronunciation.

I will add to these words in a future blog. I hope you find this useful.